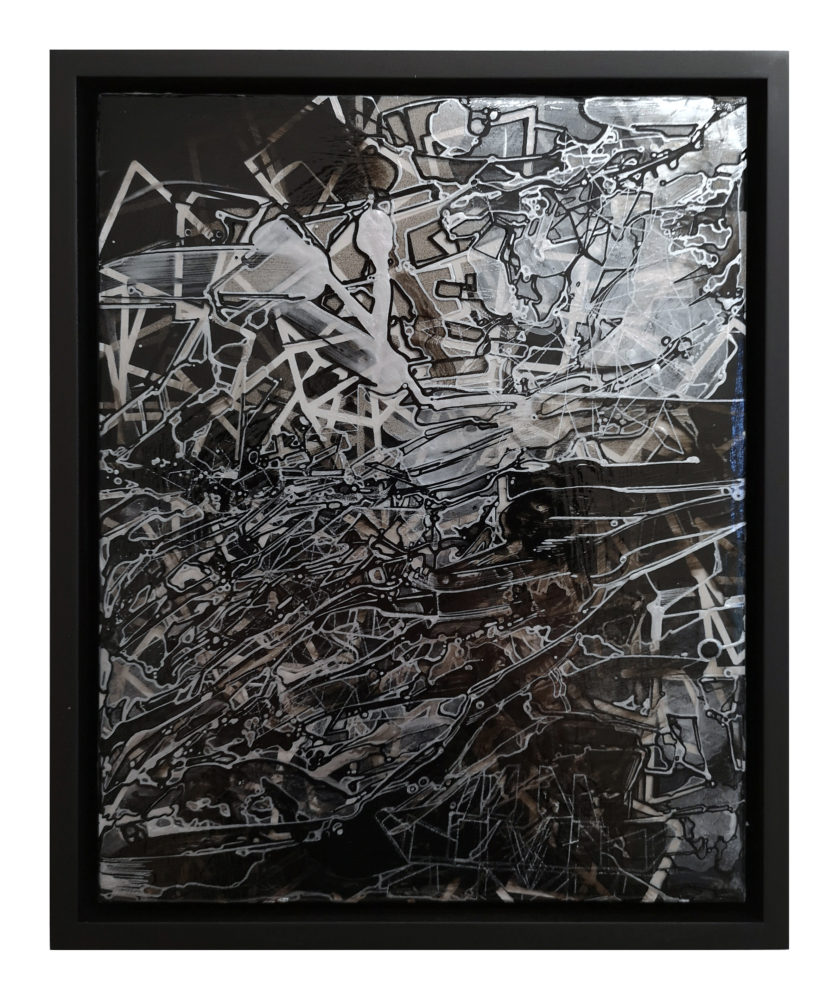 Artist Ann-Marie James spoke to us about her residency at Kettle’s Yard. She discusses how her latest project, ‘Geometria’ came about and tells us more about her own personal connection with Kettle’s Yard House. Find out more on 7 September, when Ann-Marie will be discussing her work in Helen Ede’s bedroom in a free talk.

My work always begins with an historical work of art or artefact, and from the very beginning of my residency at Kettle’s Yard I knew that the work I made would be displayed in Helen Ede’s bedroom. This naturally led me to think about the presence of women in the Kettle’s Yard’s collection. As soon as I saw Barbara Hepworth’s sculpture ‘Group of Three Magical Stones’ (1973) I knew I had found my starting point.

In Hepworth’s sculpture, we see three identical irregular eight-sided polyhedrons arranged on a rectangular wooden base. Though the three elements are identical, each ‘stone’ is orientated so that it sits on a different face, making it difficult to recognise them as the same form – hence their ‘magic’. When I make a painting I use various forms of printmaking to repeat images of the historical work that I am referring to, until the boundaries between the source imagery and my own gestures begin to break down. So there was already a nice relationship between Hepworth’s sculpture and my own practice – this idea that repetition can paradoxically produce variation.

It’s quite an unusual Hepworth – when I think of Hepworth I think of curves, and punctures, and natural forms, of patinated bronze and wood and plaster and stone and the landscape. This little sculpture is angular, hard edged, and made from silver. It connects to Hepworth’s early marble work ‘Form’ (1936) and to the monumental sculptures in the series ‘Conversation with Magic Stones’ (1973) which can be seen at The Scottish National Gallery of Modern Art, the Lynden Sculpture Garden in Milwaukee, Wisconsin and the Barbara Hepworth Museum and Sculpture Garden in St Ives, Cornwall. It has been suggested that the polyhedron might allude to Dürer’s solid, to sacred geometry and to Hepworth’s triplets, born in 1934.

It also echoes another sculpture by Hepworth at Kettle’s Yard – ‘Three Personages’(1965), which is a work close to my heart. I first encountered it almost 20 years ago, when I was completing my Foundation Diploma in Art and Design at Cambridge Regional College, and taking part in an earlier iteration of what has now become ‘Circuit’ at Kettle’s Yard. Our group ‘Young Kettles Yard’ met regularly during that year, and meetings were often held in the house, sitting on the sofas or around the table. During this time the House, which I had at first encountered in the detached way in which one might walk around a stately home, slowly became real to me. In an organic way it began to break down all sorts of boundaries – social, academic, class – and art became less a hierarchy of individuals, disciplines, histories and artefacts, and more like a conversation in which everyone could participate, including me.

To find out more about ‘Geometria’ and Ann-Marie James, join us on 7 September for an artist talk. Book your ticket here.