In line with current Government guidance, Kettle’s Yard House and Gallery will be temporarily closed from 5 November.

Gabo was one of the leading figures of Constructivism, the international movement grown out of the Russian Revolution of 1917. Broadly speaking, the Constructivists wanted to create an art for the masses, using industrially produced materials and employing abstract, geometrical shapes that could be universally understood.
Gabo was the first artist to use Perspex, often in conjunction with thin nylon filament. These allowed him to create ethereal structures that set up engaging conversations between solidity and lightness, mass and void, movement and stillness, transparency and density. His vision that art should contribute to social improvement ties in well with the type of experience that Jim wanted to offer at Kettle’s Yard. Construction in Space: Suspended is typical of Gabo’s practice of working in series, progressively refining an initial idea. Nineteen variations of the piece exist. This version was made for his daughter, Nina, as a present for her 21st birthday. The inscription on the metal cradle reads: ‘FOR NINA FROM / (in Cyrillic) PAPA / Gabo’.

Gabo was born in Bryansk, Russia. He worked alongside Kandinsky, Tatlin and Malevich until 1921, when he moved to Berlin. There he and his brother, Antoine Pevsner, became leading exponents of Constructivist art. In 1933 he moved to London, where he worked with Ben Nicholson and Leslie Martin, both of whom shared his interest in the concepts of purity and structure. Together they edited the manifesto 'Circle' in 1937. He went to St. Ives with Nicholson during the war, and then emigrated to America, where he spent the rest of his life. 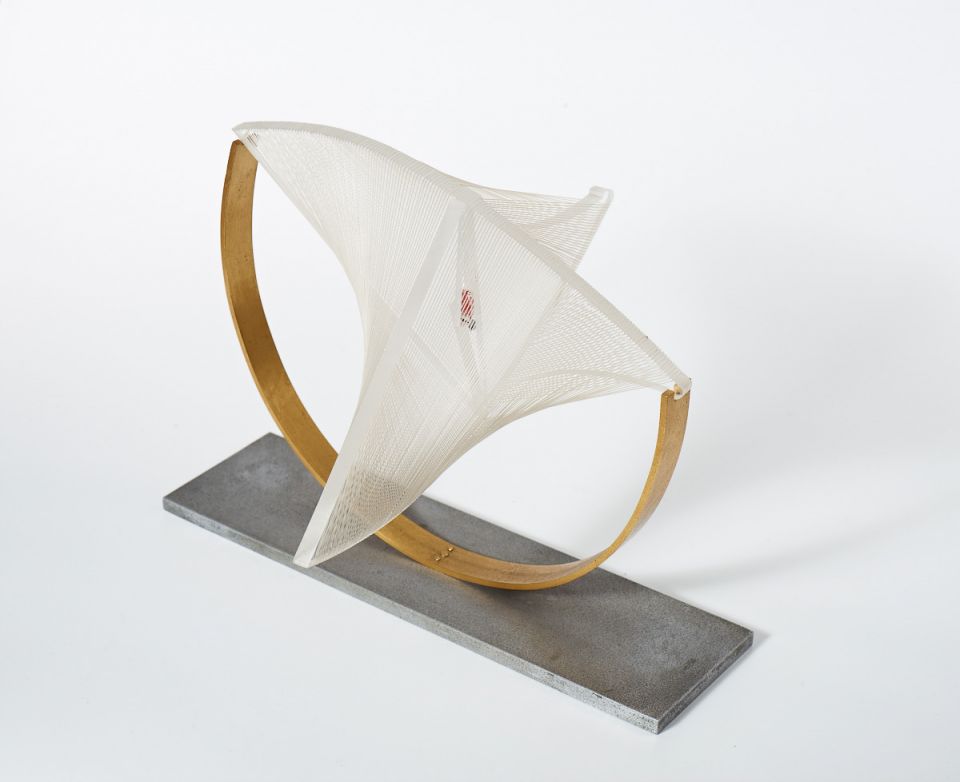