Please note the House opens at 12pm, with last entry to the House at 4.20pm

This was a very familiar landscape for Wallis. He knew it well both as a sailor and from the vantage point of the hills above St. Ives. The composition is centred around the conical form he often used for St. Michael’s Mount. This secures an off-centre pivot around which the rest of the landmarks and the ships revolve. Along the top are the familiar shorthand signs for the ports of Mullion and Porthleven and the Lizard lighthouse, on the Eastern coast of the bay. On the left, the two piers represent Penzance harbour, and at the bottom Newlyn harbour. The strip of land on the right is the Western shore, with the gap recognisable as Mousehole because of the protective reef, which Wallis rarely fails to show. This determines a composition dominated by disconcertingly angled piers, yet geographically very accurate.

Wallis was born in Devon. He was a fisherman and later a scrap-metal merchant in St. Ives. After the death of his wife in 1922, he turned to painting as a way of fending off loneliness. He was admired by Ben Nicholson and Christopher Wood, who came across his work when visiting St. Ives in 1928 and included it in the Seven & Five Society's exhibition of 1929. He died in Madron Poorhouse. 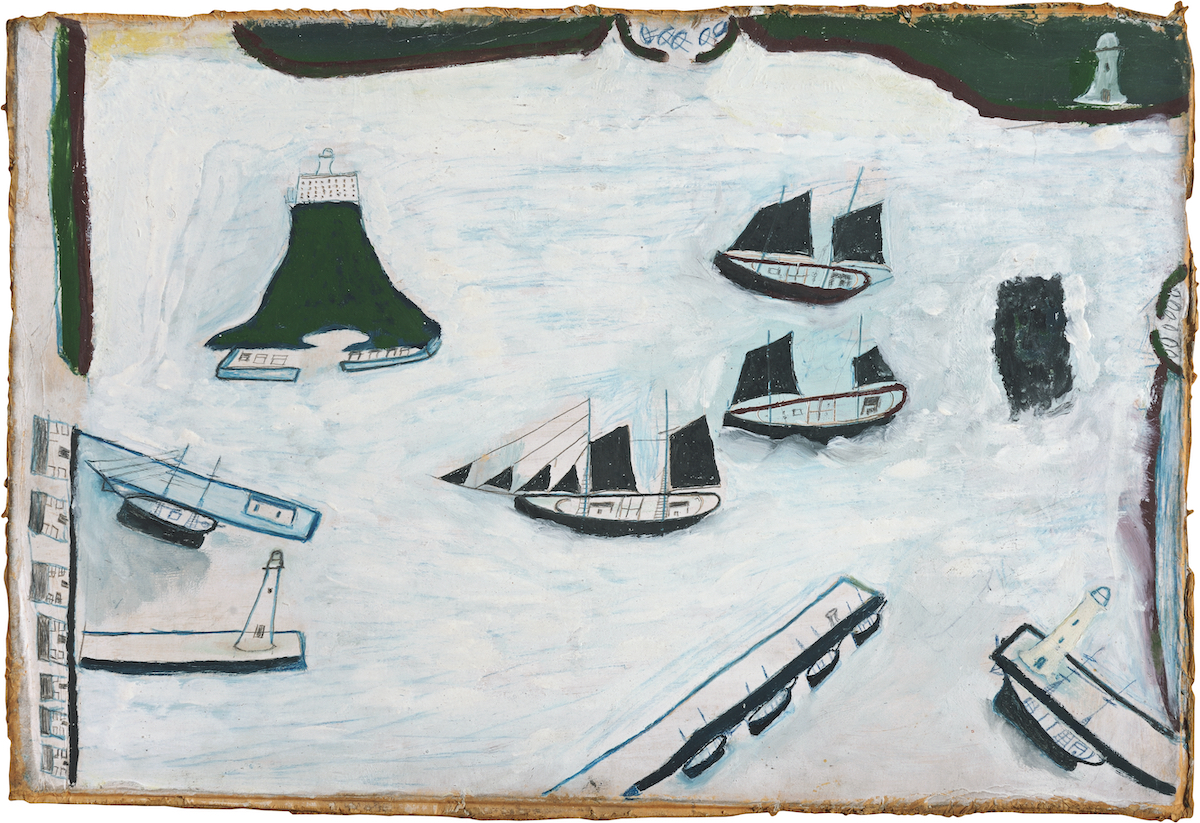