Coronavirus Temporary Closure: Please note that Kettle’s Yard House and Gallery will be closed from 17 March 2020. You can keep up to date with the latest information here.

Daniel has established himself on the international scene as a highly versatile, charismatic and adventurous performer. A passionate chamber musician, Daniel has performed with artists as diverse as Ivry Gitlis, Dawn Upshaw, Gilles Apap, Michael Collins, Nicolas Daniel,  Willard White and Elvis Costello. He is a frequent guest at many international chamber music festivals.

“Stellar playing.. Daniel Rowland has a powerful, glamorous tone, gleaming at the top and throaty and rugged down at the bottom.”

Craig White has worked as an official accompanist at a number of International Music Academies including the Schiermonnikoog Kamermuziek masterclasses in Holland, Rencontres Musicales Internationales D’Enghien in Belgium and the Lake Ossiach Masterclasses in Austria. Craig also works as an arranger for different combinations of strings and piano.

Daniel Rowland has established himself on the international scene as a highly versatile, charismatic and adventurous performer. Concerto performances in 2018 included Philip Glass with the Orchestre de Picardie and at the Kuhmo Festival, Lindberg Concerto in Joensuu, Berg in Dusseldorf and at the Stift Festival, Bernstein with the Princeton and Columbus Symphony Orchestras and Vivaldi/Piazzolla Seasons in Dublin.

He has performed in many of the world’s most prestigious concert halls, most notably the Carnegie Hall in New York, the Royal Albert Hall in London, and the Glinka Hall in St. Petersburg, and has collaborated with noted conductors such as Andrei Boreiko, Djanzug Khakidze, Viktor Liberman, Lawrence Foster, Heinz Holliger, Francois Xavier Roth, Bernhard Gueller and Jaap van Zweden.

Daniel is professor of violin at the Royal College of Music in London and an International Visiting Artist at RIAM in Dublin. He plays the “Ex-Rode” Guarneri del Gesù violin (Cremona ca. 1736), kindly on loan from the Dutch Musical Instruments Foundation.

Much in demand as a chamber musician and accompanist for singers and instrumentalists, Craig White spent 2015 living in Germany, working for the Hochschule für Musik und Tanz in Cologne. He also toured the UK with Russian violinist Adelia Myslov and appeared with Soprano Eleanor Dennis performing Mozart arias for the BBC programme “The Joy of Mozart”. In 2018, he performed on BBC Radio 3 in a live soundtrack performance of Daniel Elms’ ‘Bethia’ as part of the Hull New Music Biennial. Craig White also works as an arranger for different combinations of strings and piano.

His Wigmore Hall debut was in October 2010, with oboist James Turnbull. In 2011, he toured Japan with soprano Erika Colon, and conducted London Youth Opera’s The Magic Flute. In 2012, Craig won the accompanist prize at the centenary Kathleen Ferrier Awards, following accompanist prizes at the Thelma King Awards, Great Elm Vocal Awards and AESS Finals. In 2014, he was made an Associate of the Royal Academy of Music in London. 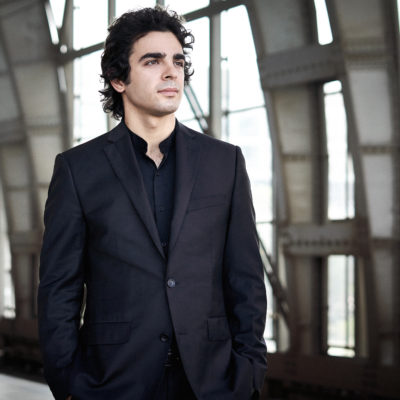 Born in Sicily, Giuseppe completed his studies in 2018 at the Barenboim-Said Academy in Berlin with Nelson Goerner. In the same year he won a Tabor Foundation Award at the… 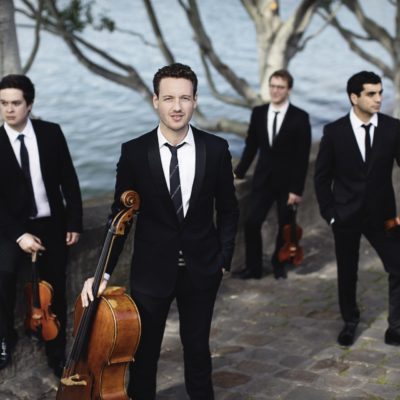 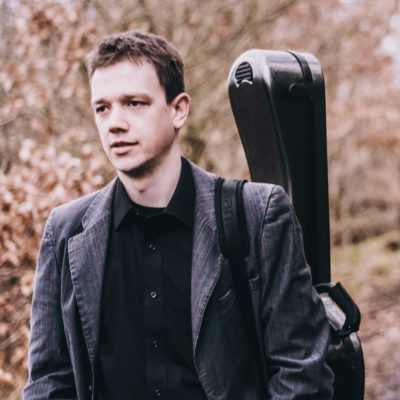 We are delighted to welcome Tom McKinney to Kettle’s Yard as the New Music Curator. A familiar voice on BBC Radio 3, on the contemporary music programme Hear & Now and presenting…

We are very sad to have had to cancel the remaining concerts in our Chamber Music series and our New Music series. We hope that you can enjoy some music…