Kettle’s Yard House and Gallery will be re-opening from 14 August 2020. You can keep up to date with the latest information here.

Free, timed entry tickets to the House and galleries will be available online from 5 August.

"Her work reveals, it does not explain"

Before her death at the age of forty-eight, Lucia Nogueira had become one of the most individual voices in sculpture in this country. The artist Liam Gillick once described her as ‘taking things that are close to hand and imbuing them with malignancy and magic.’ Combining and adapting pieces of discarded furniture and other objects, her sculptures engage with the space in which they are set.

In the work ‘Mischief’ a wooden chair has lost its seat and one leg traps a white bridal train that turns out to be an unrolled strip of plastic carrier bags. ‘No Time for Commas’ has a tied-up bag scurrying endlessly around inside an upturned table top. We don’t know what’s in the bag nor in cupboards turned to the wall, nor why a cable disappears into a plan-chest. In one corner an empty cable wheel is immobilised by a steel pillar.

‘My way of thinking is very much from Brazil: my way of picking up objects comes from there too. It is something connected with childhood and also with the Brazilian psyche. Our way of thinking is not as linear as it is in Europe … In art you obviously have a background in art history that is very rich. We don’t have that in Brazil at all … We just do everything in a very empirical way, even art.’

Wit, mischief and enigma also pervade her drawings. Row upon row of buttons become a crowd of spectators. Watercolour blotches take on the character of objects which can’t quite be identified except when one becomes an elephant on wheels.

This is the first exhibition in the UK to survey her ten-year career.
A catalogue with an essay by Ian Hunt accompanies the show. 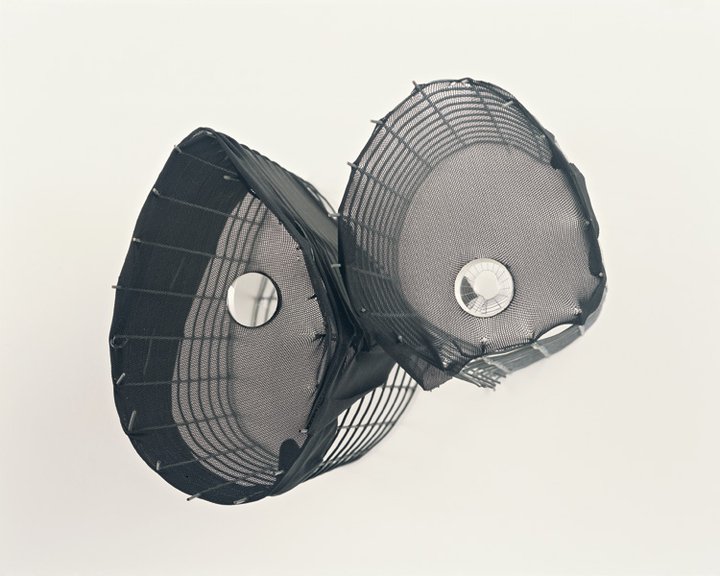